au revoir streets in the sky 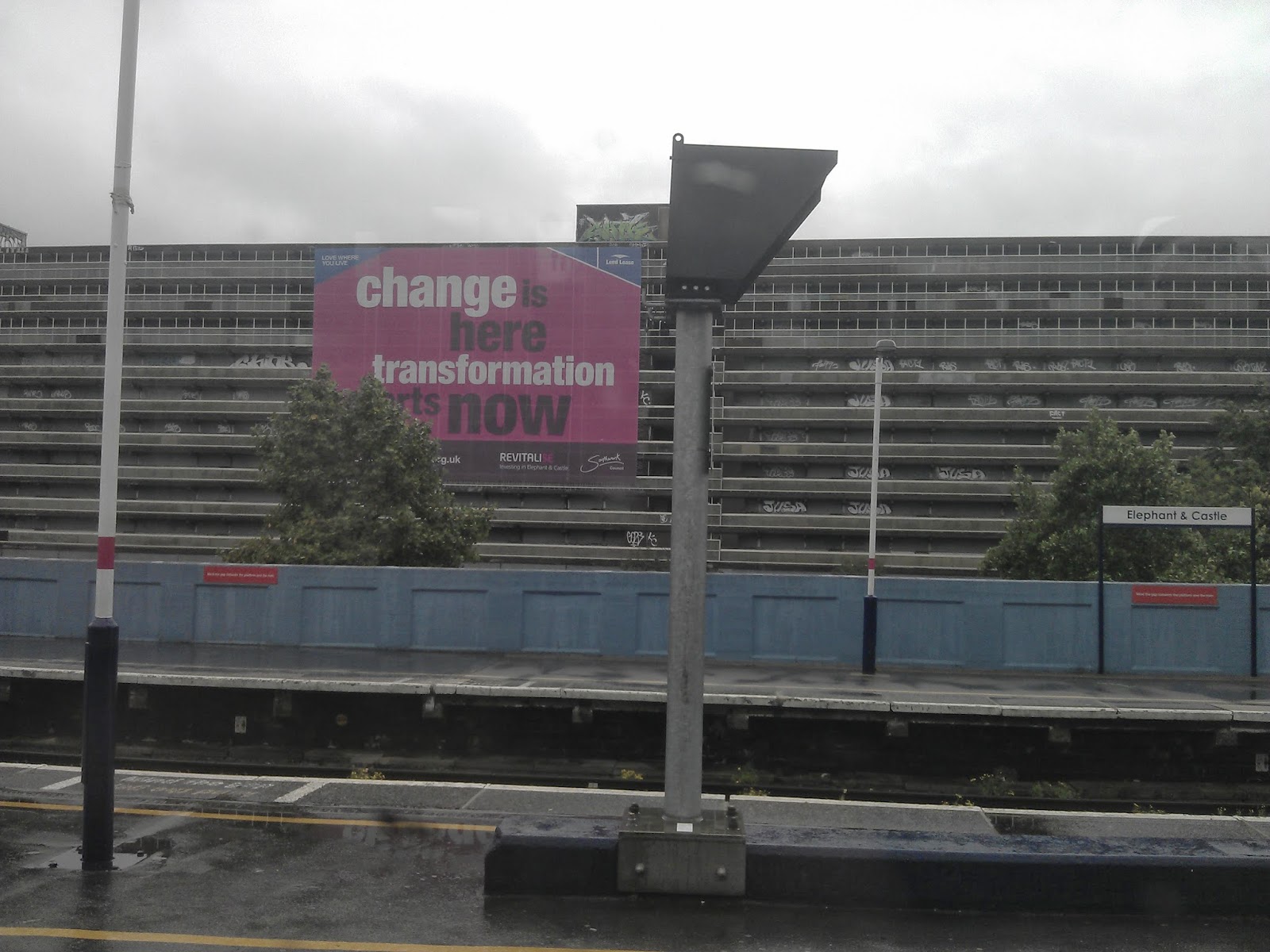 as the heygate estate in elephant + castle is demolished from the inside out, like a cadbury's creme egg... it feels like the right time to say [goodbye streets in the sky] one final time
Posted by esme at 14:49 2 comments

debate: to jargon or not to jargon 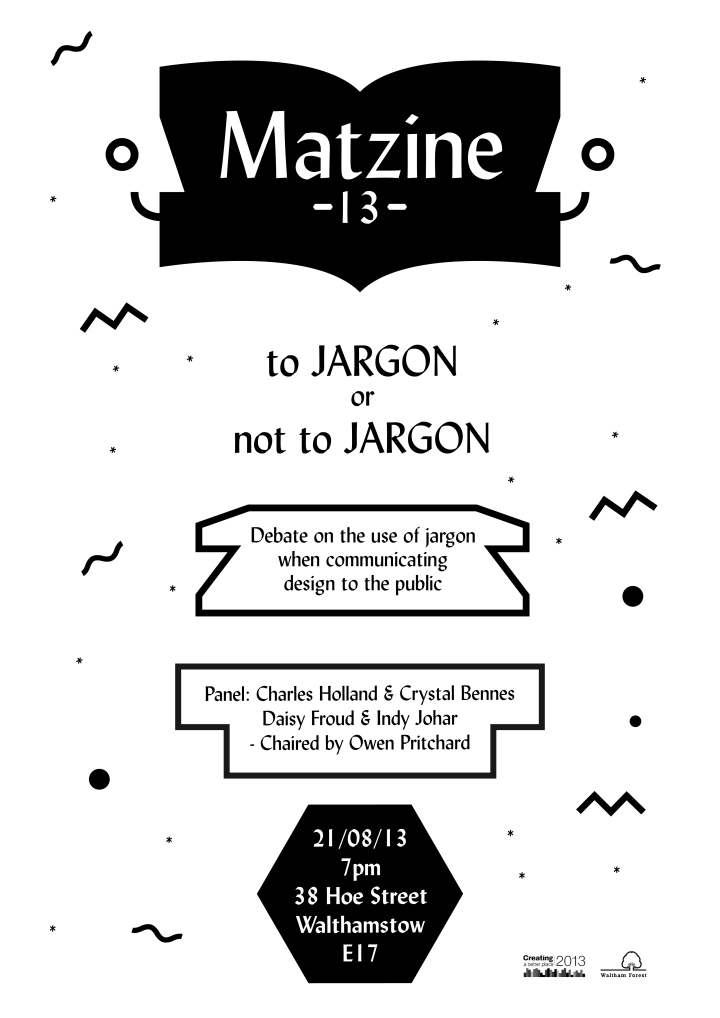 matzine debate: to jargon or not to jargon
with daisy froud, indy johar, crystal bennes + charles holland, and chaired by owen pritchard 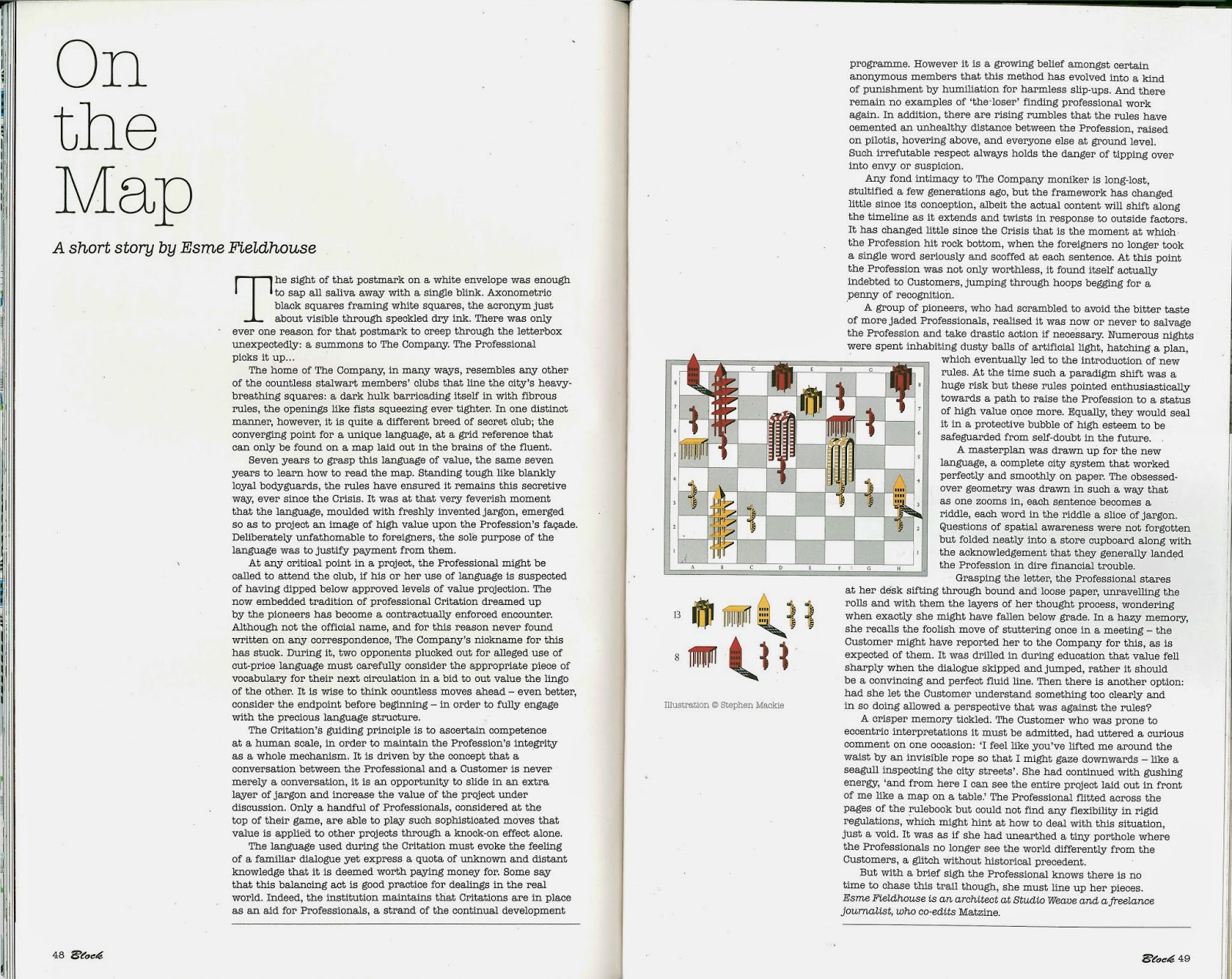 another fruitful collaboration with [stephen mackie] for the wonderfully polemic [block magazine]; this time a storymare about a made-up profession gone mad, for the commerce issue 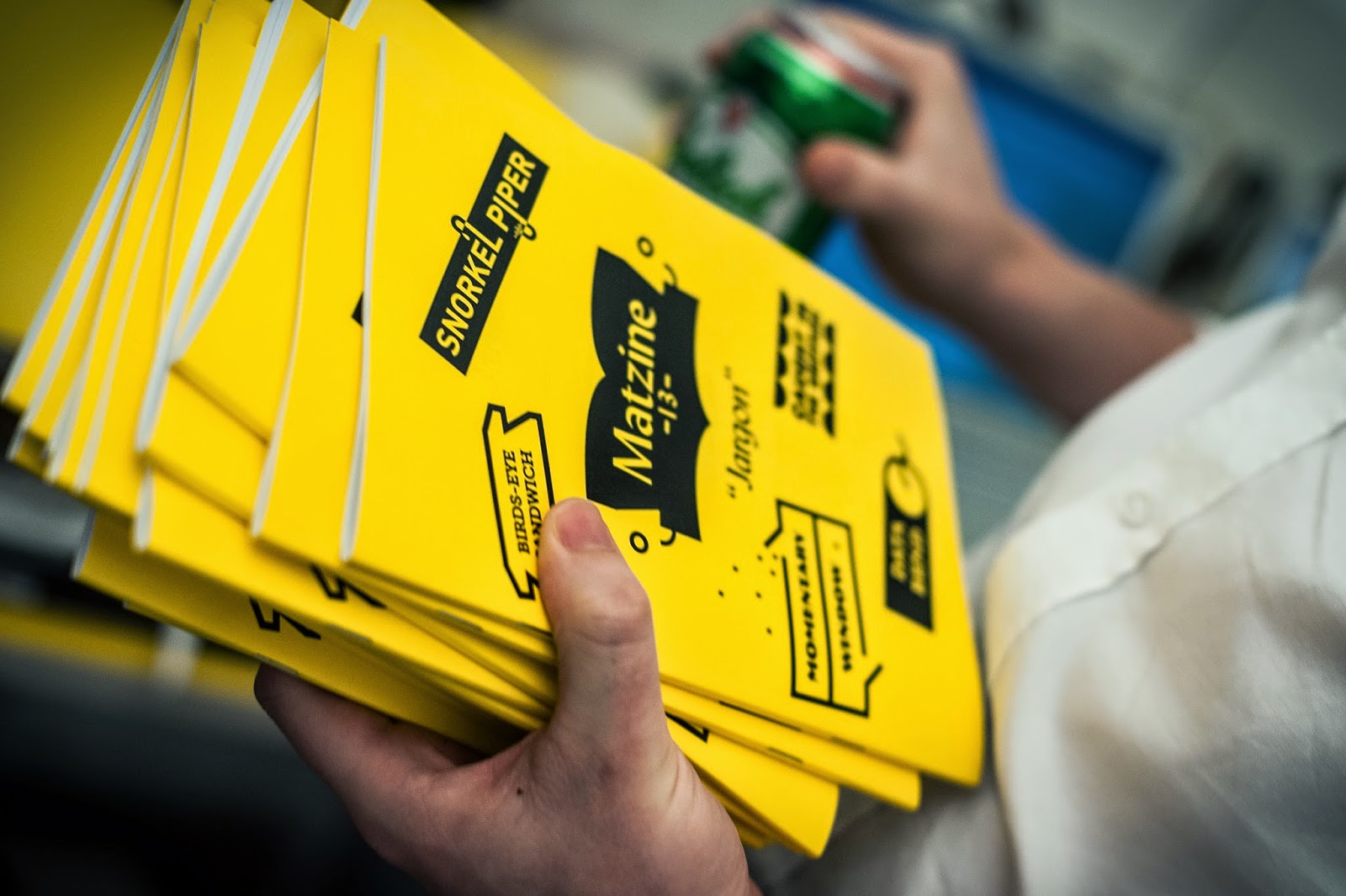 [matzine] stepped out in walthamstow to launch issue #13 exploring a personal preoccupation of mine: jargon
jargon can be defined both as a language particular to a trade or discipline and an unintelligible code... [continue reading the issue] 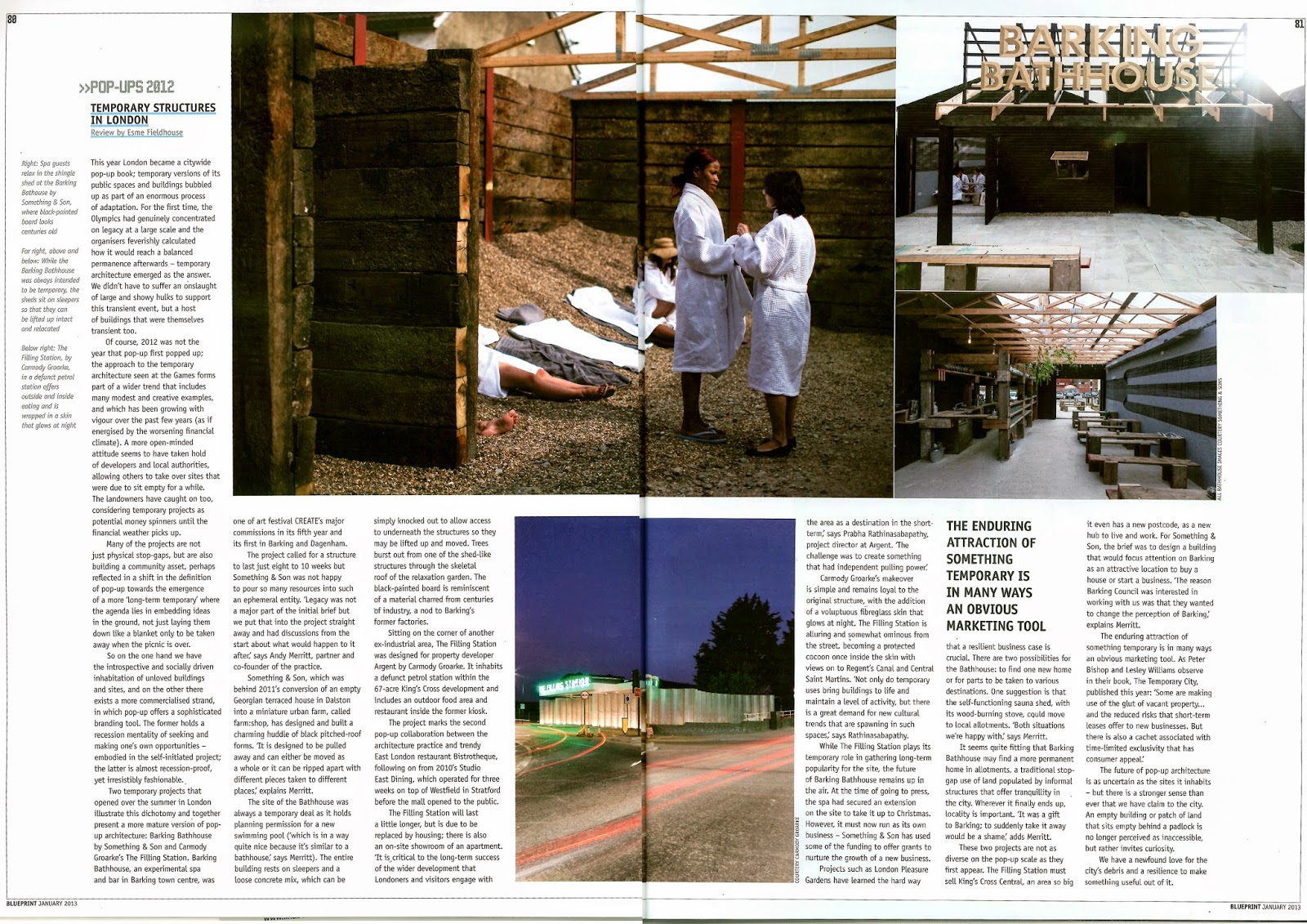 goodbye streets in the sky 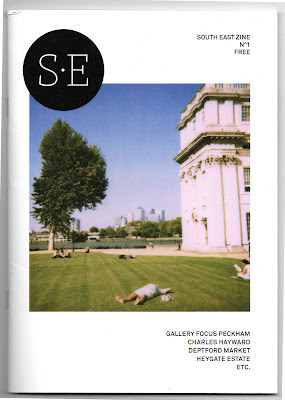 say hello to [south east zine] a brand shiny new publication celebrating south east london, funnily enough, which is wonderfully bright + thoughtful
chuffed to be part of the very first issue with my piece on the heygate estate, goodbye streets in the sky...
keep an eye out for this cover in all good SE outlets, of which there is a fine selection
Posted by esme at 06:47 0 comments

love is in the spokes 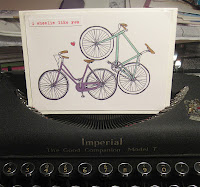 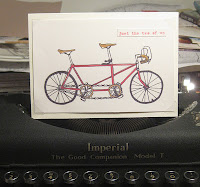 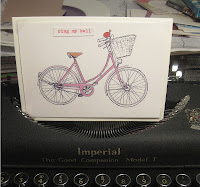 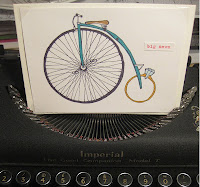 you can buy them online from [folksy]

and remember, romance isn't just for valentine's...
Posted by esme at 14:16 0 comments

why contribute to the spread of ugliness? 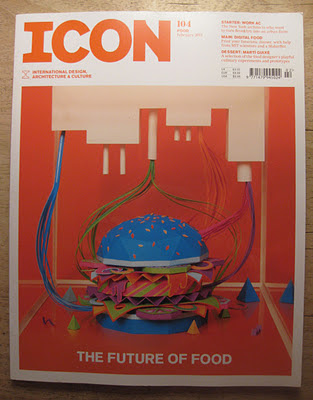 in this month's issue of icon, you will find my review of stuart whipps' exhibition at ikon gallery in birmingham, in which the photographer ponders this man-made notion of beauty and ugliness, and where john madin's brutal central library might fit in
just look out for the brightly coloured origami burger...
Posted by esme at 14:35 0 comments

the look of tomorrow's heritage 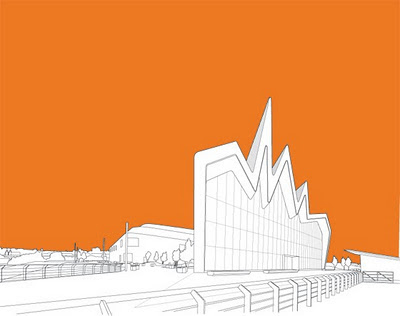 my piece on the influence of the heritage lottery fund on british architecture, a curiously little-discussed yet weighty and growing trend, can now be [ogled] online
it includes my interview with reinier de graaf, partner at oma, who discusses the commonwealth institute, london's perversity and other such things
Posted by esme at 14:05 0 comments 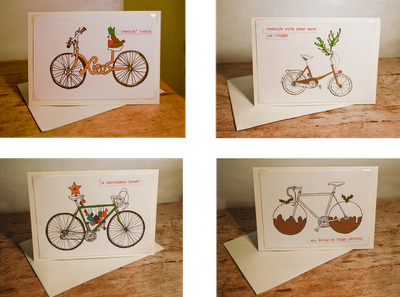 the shiny new range from birds on bikes is going down a storm and sees our two-wheeled friends return and this time they're festive!
four fun designs : all lovingly handmade in hackney : available to buy in london's finest bike shops : birds on bikes stall at hackney homemade market 18 december
coo coo
Posted by esme at 07:44 1 comments 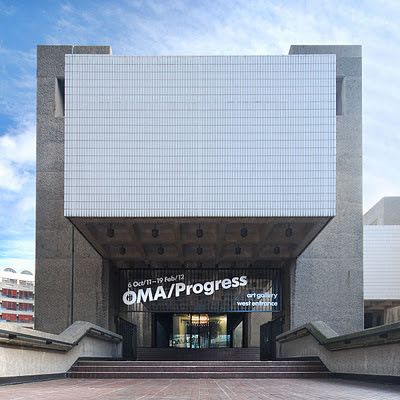 my review of the full-of-surprises oma/progress exhibition at the barbican for blueprint magazine can now be [read] online
join the geeks!
Posted by esme at 12:59 0 comments 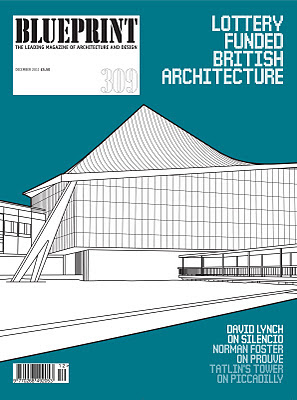 delighted to have another story grace the cover of blueprint... this feature, which i nurtured from the very beginning, steps into the curiously left-alone world of the heritage lottery fund and how its decisions become our architecture
the piece is accompanied by superbly colourful illustrations of familiar icons - old and new, loved and scorned - by people will always need plates
Posted by esme at 12:18 0 comments 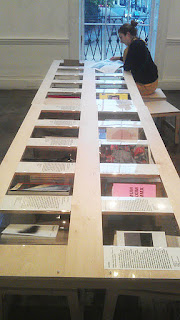 our very own matzine is currently sitting among 60 architectural publications being exhibited at the aa, until 14 december, as part of archizines : all shapes + sizes, all lovingly crafted, non-architects embracing architecture and architects looking beyond the peripheries of their profession : there is a year's worth of reading in this one room and ideas that stretch even further 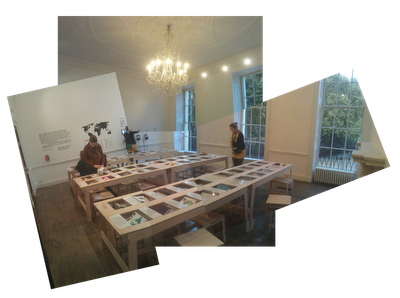 a collaboration between stephen and i for matzine #10 concerning a rather sad neighbour of ours on Dalston Lane [click to enlarge illustration] :

I’m tired.
I have seen three centuries and the years did not escape me, no, they piled on top and squeezed my spine.
Age pushes my weary body downwards, stuck in limbo between upright elevation and a squelchy subterranean world.
I was wide-eyed with excitement when the first train rolled into the Junction, and exuded a showy appearance.
But now my eyes are heavy, my looks embarrassingly dishevelled.
Four generations of George gave me my name as London stretched its arms and rolled out into the East End.
I protectively enveloped the families that followed the fresh lines.
A healthy dose of extra weight made room for business ambitions and new futures.
The energy of their experiences punched through the front door and rushed through my mortar veins.
Bombs have dropped around me and old friends were swept away in tiny particles.
Yet I stood resilient and proud.
I was energetic and stood tall, now my smallness wears me out.
I suffered the rash of government corruption, and played the victim in a helpless jam.
The rough orangey tongue burnt my bones right after I mistook resentment for love.
Secret instructions and greedy dreams caught me off-guard.
My walls once felt like they could survive hurricanes, and they did, now the brick feels inky, seeping into the earth.
To score some political points, my guts were torn out and my strength was debilitated with an ‘accidental’ punch to the kidney.
Stinging senses have exhausted me, as shifting moralities whirl around the grid.
I’m slumping, slowly leaning, and looking for somewhere to rest the weight of my fatigue.
Money has been exchanged between hands on my behalf, but never reached the final transaction.
There’s been talk discussing my future, I’m sick of being centre of attention, the subject line in conversations branching either side of the Atlantic.
I’m tired but my eyes are stitched open by metal bars, bruises shine from playing the rope in a tug of war.
I need to rest my trembling muscles for warping limbs cause me to trip.
The warm smell of bread, piercing floral colours and thudding music used to drum my heartbeat.
But these loyal friends were torn away and locked out by green hoarding.
Now a handful of fragile humans protect me, humiliated by the last remaining few that care.
Demolish, restore, demolish, restore, I’m tired of waiting for a decision that sticks.
Steel skeletons prop me up, or else they are performing a stop motion demolition.
I would like to go to sleep now, if someone only thought to ask me.

here is the full version of mine + stephen's contribution to the unlimited edition : an encounter between two characters who live at either end of whitechapel road, and are not quite as they first appear : 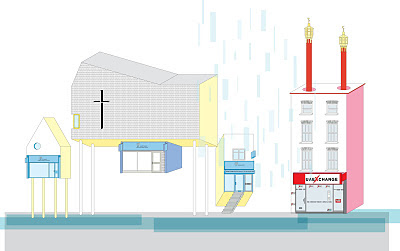 Tonight, there is an encounter between two unlikely characters. Or rather, two characters who do not like each other much. There was a family feud some time ago. Though it was not quite so dramatic, more a slow gathering of absence that quietly stacked up. So high, it formed a barrier between Taka and Poisha. An occasion missed here or there because of a lack of anticipation and then at one point, it just tipped. The history became arbitrary. Enough distance for some abstract resentment to be convincing.

Taka and Poisha are not geographically distant. They live on the same street in fact – at either end of Whitechapel Road. The exact point where each lives defines exactly who they are. Taka is right in the thick of it. He cocoons himself within the comfort of a tight knit community so that he might be everyone’s friend. The tip of Brick Lane, leading to a strip of professional welcomes. Whereas Poisha is out on a limb, consciously so, for just enough space to be allowed the opportunity to be introspective. Giving little away with tunnel vision towards the family. Whitechapel where it starts to change its mind.

Taka and Poisha use the street as a tool to remain a world apart. But a larger force binds them together, tugging at the invisible wires that pull the traffic through. While Taka gazes upwards to minarets among the silk weavers, Poisha curls up beneath the cross. A call for Taka to join like-minded others at the meeting place. One curious offspring of Poisha occasionally peers over to this exotic character, immersed in the centre of activity.

The disparate pair is tied by more than this road, for they are relatives. This would be difficult to spot of course, their personalities are laughably in opposition. Years spent in pursuit of splaying paths, burying the shared blood and naive experiences beyond view. Lives were once piled atop one and other, now they tilt at either end of a see-saw.

Taka and Poisha happen to be money exchange shops. Seemingly banal office types - desks, chairs, filing cabinets, wall calendars - yet filled with tales of adventures, and part of a topography that stretches to the other side of the world. Trade is embedded in the tarmac here, which unfolds and wraps itself around the tea leaves of north-eastern Bangladesh. The exchange of money runs along a streak of blue paint between skyscrapers, which gushes blue-brown through the streets of Dhaka. Travelling on two wheels from the City of Mosques to The City mosque, and back again.

A blur of moving blue lights interrupts the quiet pause just after the small hours, just before early workers. All awake at a tower composed of blue rectangles in the middle of the road, where either end is brought together. Taka is ill, a devastating tear in the routine of normality. The reason is not a lifetime of self-indulgence or reckless attitude to health. Instead, it is something that was there all along, squeezing ever-tightly.

Taka needs a piece of strength from another body to survive. It must be someone with an ingrained bond; Poisha knows it must be him. He does not feel the family connection anymore, he has carved himself a sense of belonging where he is happy; he still knows it must be him. Through bleary eyes, he sees with great clarity a character that lives on the same street. And for this reason alone, the interests of Taka are not foreign to Poisha’s own concern.

our beloved matzine reaches double figures,
but things just don't stack up...
[feast] your eyes
the theme is brick + it's been edited by ryan mcloughlin in mumbai
Posted by esme at 04:45 0 comments 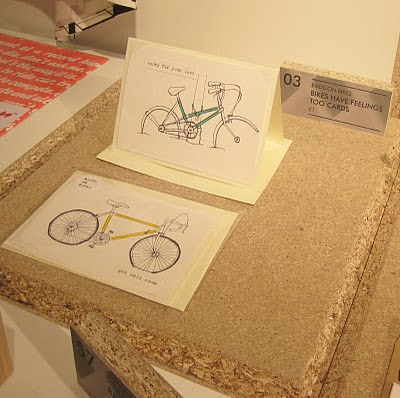 our 'bikes have feelings too' range sat very proudly among crafty treats at the poundshop last weekend...
you can still get hold of the lovingly made cards [online] along with plenty other goodies until 2 october!
Posted by esme at 13:20 0 comments 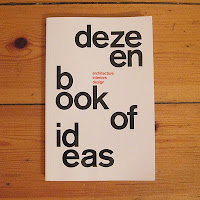 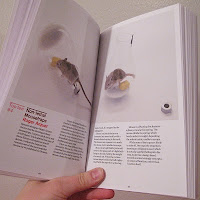 [dezeen book of ideas] launched into london design festival this week and has found itself quite the centre of attention
Posted by esme at 12:58 0 comments

bikes have feelings too 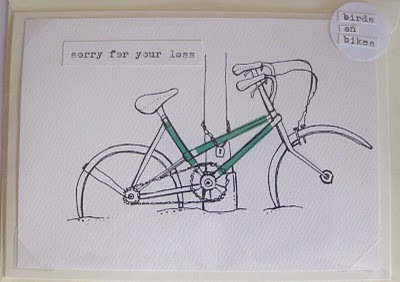 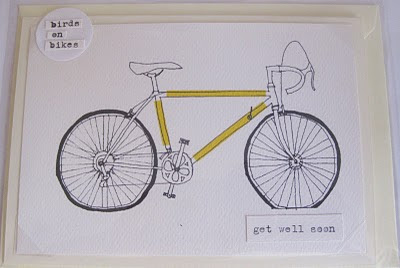 Bicycles are loyal companions and don’t complain much,

they get us home in the rain, we leave them outside while we’re in the pub.

Then as soon as something goes wrong, that isn’t even their fault,

we take our anger out on them and they get forgotten about.

It’s about time we showed our wheely friends a bit of love...

And what better than with these dotingly tailored cards? 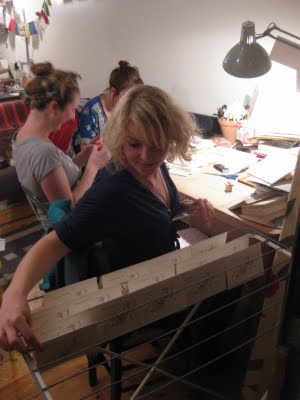 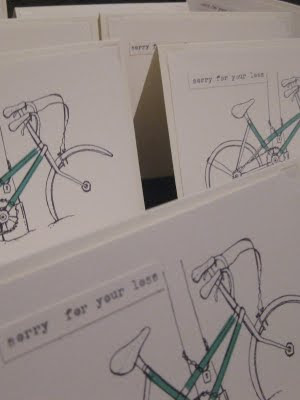 a sneaky beak preview of these rather delightful cards made just for bikes, available for purchase at the [poundshop] in but 11 days!
BIRDS on BIKES is a crafty collective brought together by a mutual fondness for bicycles.... oh and our feathered friends, funnily enough
Posted by esme at 12:15 1 comments

birth of a blog

esme
as i throw myself into the intrepid world of the big bad blog, i do so nudged by 2 passions of mine: architecture + writing. with an MArch proudly in my pocket, i am currently following the path of the architect|writer as the critical thinker: feverishly picking up pace each day. I hope for this to be my rottweiler against boredom...